Posted by Unknown at 1:39 PM No comments: 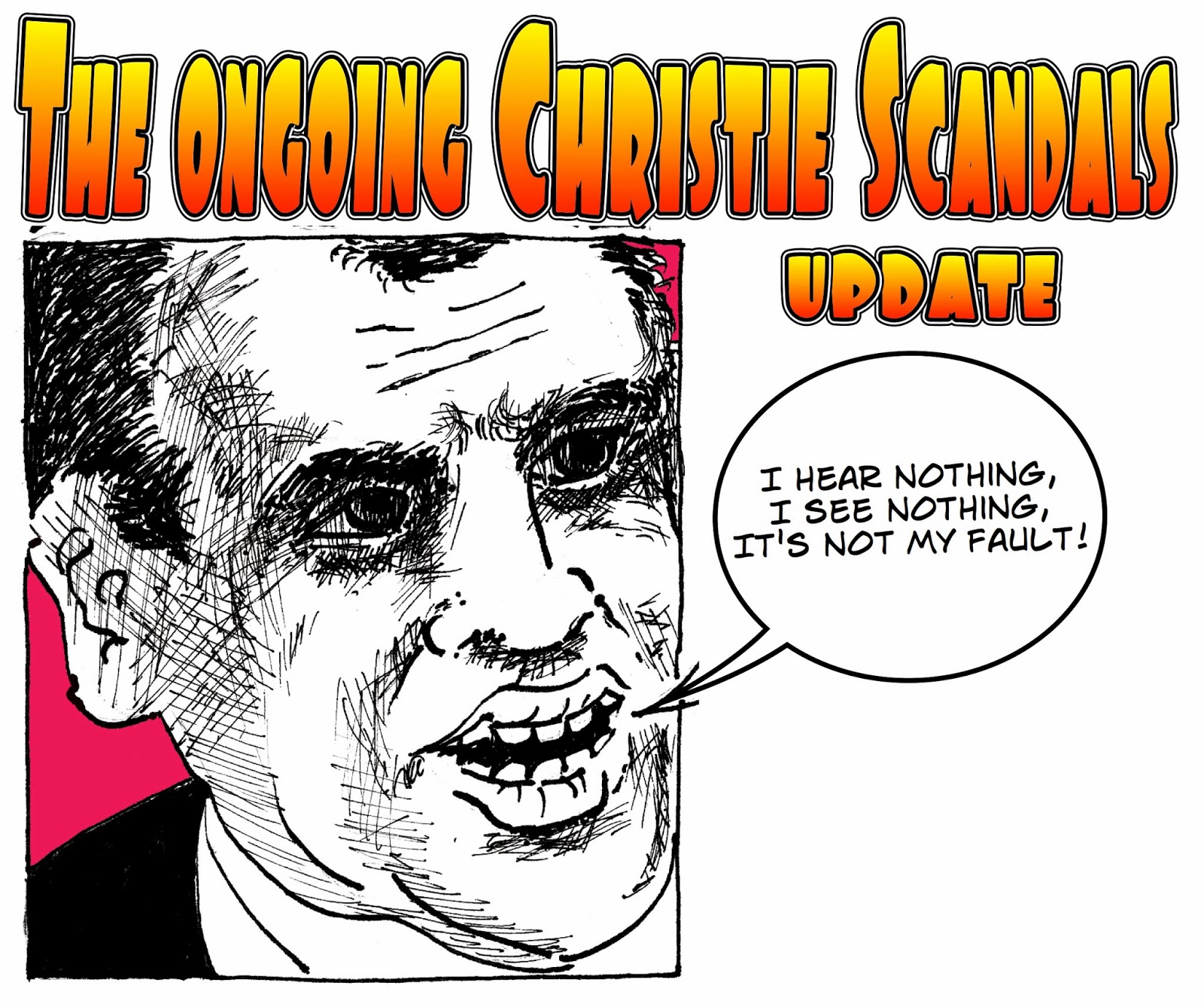 1.)  The Many Lies of Chris Christie

3.) For Christie, Awkward Return to a Setting He Once Ruled

3.) Bill Maher is launching his own personal protest against MSNBC's wall-to-wall coverage of the George Washington Bridge scandal.

4.)  The mayor of Fort Lee said today he will not cooperate with lawyers hired by Gov. Chris Christie’s office to investigate the George Washington Bridge scandal

5.) Walmart hires Christie cronies to turn no into yes

Posted by Unknown at 9:55 AM No comments:

Go here for the full story:  About Those Industry Funded GMO Studies . . .

Let's put aside the fact that this line of thinking would mean that while fossil fuel behemoths Exxon Mobil (market cap:$394.83B), Chevron (market cap:$215.45B) and BP (market cap:$150.07B) (total: $760.35B) have been completely stymied in their efforts to buy the scientific consensus they desire on climate change, but a medium large company like Monsanto (market cap: $57.43B) has been able to manipulate tens of thousands of scientists performing thousands of studies for three decades with no whistleblowers resulting in a scientific consensus that has been bent completely to their will. Let's put that aside.
Instead, let's first take a look at the evidence, before moving to unravel some of pretzeled logic often employed to dismiss the weight of that evidence in support of the scientific consensus on GMOs.
Take for example the EU. Politicians in the EU aren't that friendly to GMOs and they wanted to be very careful about them. So they ponied up EURO 200 million over the course of decade to look into the matter. The studies they carried out are neatly summarized in A Decade of EU Funded GMO Research [pdf].

More links from the author of the above :

The plight of the butterfly. Not that fly actually!

Read all about it here with links and such----Over Easy: The Monsanto Butterfly Effect
Posted by Unknown at 7:51 AM No comments:

Updates:  02/14/14
Karzai criticises lack of US respect for Afghan sovereignty as relations worsen
Posted by Unknown at 12:07 PM No comments:

Posted by Unknown at 8:38 PM No comments:

4.) Christie, Clapper and other Officials who should be in Jail instead of Snowden
Posted by Unknown at 3:13 PM No comments: